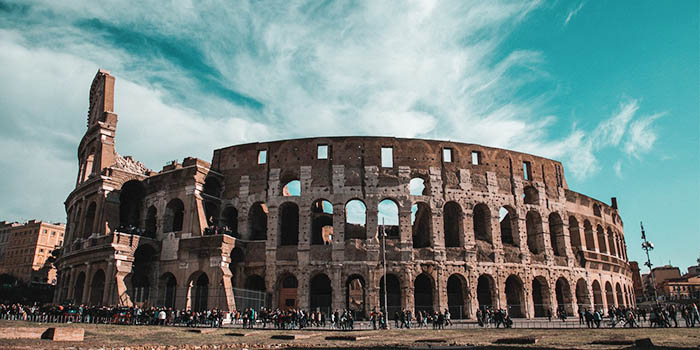 There are a million and one beautiful, awe-inspiring historical sites to see in Rome.  However, after three days we couldn’t wait to get out of there!

Now remember, this is all personal preference.  Neither my husband or myself are big-city people.  The noise, crowds, and traffic began to get to us a bit.  But, even more than that, we were tired of being on our guard 24/7 against taxi scams and other forms of ‘being taken’.  You must check your restaurant bill very closely to ensure that they do not charge you for something that you didn’t order.  As in most large cities, you should dress for comfort as well as safety and watch your jewelry, handbag, wallet, etc.

In talking with many other people, a lot of them agreed with us.  We met one couple who had been in Italy for two weeks and spent their last couple of days in Rome (just the opposite of what we did).  They LOVED everything except Rome (that gave us hope that it would get better).  And then, we spoke to some people who couldn’t get enough of Rome:  ‘the excitement, history, pace, diversity of restaurants’ etc.  If we go back, we might spend a day in Rome to see things we didn’t see this time….but then again, maybe not.

On the first day we went to the Spanish steps (beautiful), Trevi fountain (very neat), walked through the Borghese gardens, and other areas that didn’t require a lot of time but gave us a good feel for the city.

On day two we saw the Roman Forum and the Colesseum.  Fabulous.  Although there were a lot of people there, you could go at your own pace, stay as long as you liked.

Then we went to the Vatican Museums.  We should have gone there first.  There was a long line to get in.  We were in line for 45-60 minutes (and this is for two people who normally don’t wait in a line longer than three people even to go to the bathroom!).  We overheard people say that the line wasn’t very long compared to when they were there before (yikes!).

The other disappointing thing about the Vatican Museum was that there was a prescribed route for where you are allowed to go. I wanted to see the Sistine Chapel, the Raphael rooms, and the Borgia apartment, anything else was gravy.

While you could stay in any one area as long as you wanted, there was prescribed route of where you could go next and, although you could skip an area to get to another one, once you moved on you could not go back and re-visit areas.

It took us over an hour to get to the Sistine Chapel and that meant motoring through some areas and skipping the Raphael rooms and the Borgia Apartment (I was getting claustrophobia from the crowds and I was sure I could figure out a way to go back, but I couldn’t).  However, other people who have visited the Vatican said that they could go in and wander around wherever they wanted.  I don’t know if we would have had a different experience if we would have gone to the Vatican Museums earlier in the day.