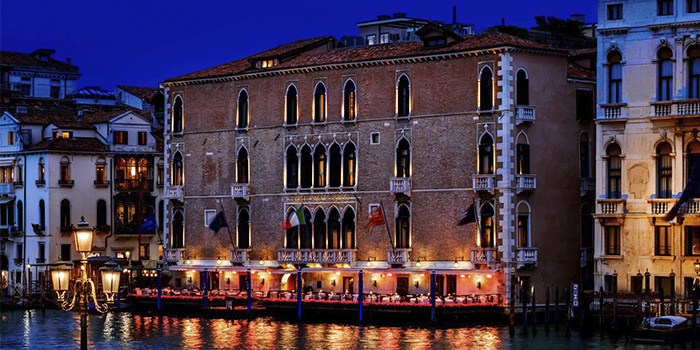 We’d just arrived in Venice after a 20 hour flight. Somehow I had mislaid the map with directions to our guest house. Tired and confused, I went into a tiny little snack bar. I figured since this was a tourist street the guy would certainly  speak English. Using my one Italian word, I said “Scusi” and pointed desperately to my lifeline – the slip of paper with the guest house address and phone number on it. The fellow  shrugged and shook his head.  I asked which of the numbers I phone from the pay phone.

I was making that classic tourist mistake of thinking everyone speaks English. He smiled and bustled off. I thought, “Oh, he’s going to get his telephone.” I watched as he rummaged under and over his cappuccino machine.

Assuming he was looking for his phone, I waited for a long time. Eventually he came back and smiled and looked at me expectantly. I smiled at him. He smiled back at me. This went on for quite a little while.  Finally, he looked at me and raised his eyebrows. I realized he had not understand a word I’d been saying and probably wondered why I’d been standing there for ten minutes without placing an order.

I did the pantomime thing and finally he pantomimed back, “Do you want me to phone?” I practically fell onto the counter with gratitude and relief, nodding my head furiously, “Si, si, si.” He grabs his cell phone, phones the number and within 15 seconds, he’s got the directions for me, which were “Go down to the first bridge, turn left. Go over the little nail bridge.” That’s all it was. We were so close.

A grand excuse to have our first glass of Prosecco 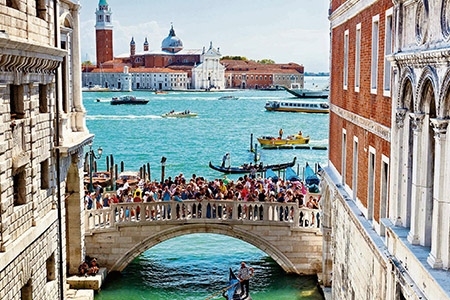 ]I will be eternally grateful to Moro from Snack Bar Sarpi.  It was so, so nice of him and it meant so much to us. After using up his time, I didn’t want to walk out without purchasing something, so that was just a grand excuse to have our first glass of Prosecco in Italy. Mind you, it was only 11:30 a.m. local time, but I thought, “Heck, it’s 3:30 a.m. back home and it’s perfectly fine to drink champagne in the middle of the night.” We went ahead and had a glass of Prosecco and toasted each other. We had finally arrived in Italy.