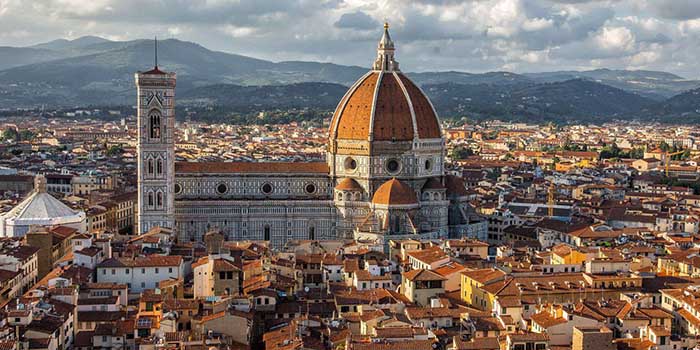 Italy is one of the most popular tourist destinations in the world. This, therefore, means that many tourists usually visit the country’s famous locations, museums, ancient churches, and cathedrals. During peak season, tourist facilities and hotel rates shoot up, and people end up paying double the price compared to what they pay offseason for the same hotel.

In Italy, the main season for tourists typically goes from late spring and runs towards the end of summer. During this period, hordes of tourists visit the country to enjoy the sunny beaches and beautiful cities. 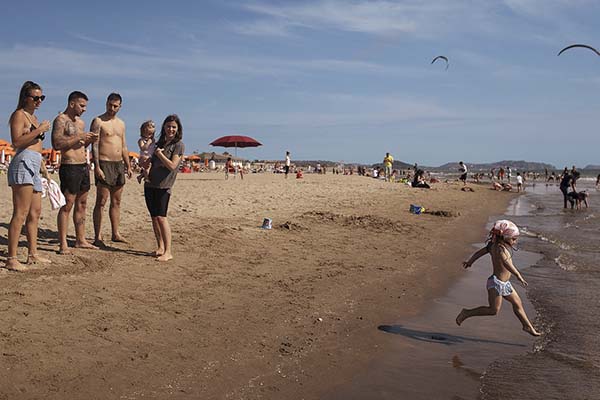 In March, the weather in Italy, just like any time of the year, usually varies depending on the area. It’s also unpredictable than the summer season. March sees both chilly days and slight showers compared to other warmer months.

If the vacation itinerary involves many outdoor activities and sports, you will quickly notice any slight weather changes. But if you plan to visit museums and churches for most of the trip, the weather will not affect your enjoyment. Besides, in Italy, the most famous sightseeing places are usually indoors, meaning the temperature outside is not a significant concern for tourists. Remember, the hotel prices and air face savings can make a little more rain than worthwhile.

Tourists must make reservations when planning to visit Italy in April and September, which is almost impossible considering work schedules and lifestyles. The next best travel month is March. During this time, the tourist season is not as full visitors can easily find accommodations and flights than in the peak season.

However, in March, the average weather may not be like that of summer seasons. But if you don’t mind, plan for your March visitation as you may be surprised by the advantages you get.

In March, the weather in Italy is characterized by chilly and cold days, while some regions experience damp rainy days. However, after the second half of the month, typical sunny days resume. For instance, in Rome, the average temperature is about 60◦ Fahrenheit.

In March, any weather type is possible, so the month is said to be ‘crazy.’ If you plan to take more outdoor activities like hiking, March may not be the best month for that. However, if you plan on visiting beautiful monuments and churches in the country, March is a perfect time.

The first day of spring is the 21st of March, and summer begins towards the end of the month.

The average temperature remains between 1◦ to 13◦ Celsius in Milan and other parts of Northern Italy. Precipitation is frequent in March, but chances of warm sunny days are higher than snowy days.

The average temperature ranges between 7◦ and 15◦ Celsius in Central Italy, including Rome. Sunny days are mostly experienced towards the end of the month, putting an end to the long winter season.

In Sicily and Northern Italy, March is usually relatively mild, with temperatures ranging between 11 to 16 degrees Celsius.

Best Places to Visit in Italy in March

In Italy, festivals and events are typically held in different parts of the country all year round. Therefore, even if tourists visit offseason, they will still get many activities to take on and several places to tour. Some of the best places to visit in Italy in March are Rome, Verona, Florence, and Turin. All these places hold the most relevant Spring festivals in March. 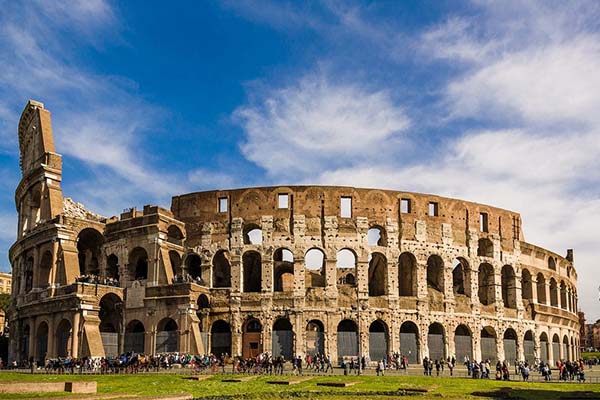 Besides taking part in the spring festivals, tourists can also tour different cities in the country, beautiful examples of architecture and Italian art. Florence and Rome are known in the world as the best cities in terms of art, architecture, and culture. During off-seasons, most of the sightseeing spots and museums offer discounts to tourists.

The Festa Della Donna (International Women’s Day) falls on the 8th of March. The death of Caesar commemoration is usually held on the 15th of March in Rome. Different cultural events that include a marathon also takes place at the celebration.

The Rome marathon is quite popular among the people and is organized on either the fourth or third Sunday of the month. However, you need to confirm on their website because it sometimes falls in April, like in 2019.

The marathon is a 42km stretch through the city streets with the Roman Forum as the starting point while the finish line is by the Colosseum every year. Runners pass through the best-known capital locations and monuments, and this includes the Vatican. People from all walks of life take part in the marathon as it’s quite popular. Plus, casual runners can use the shorter route.

Saint Joseph’s feast day or Saint Giuseppe, also known as Father’s Day, is celebrated on March 19th. It was a national holiday, and traditionally, people lit bonfires throughout the country. According to tradition, children gift their fathers on this occasion, and nativity scenes are shown based on a Saint’s life. Zeppole is the typical food of the day.

There’s Tipicita, a festival about traditions and food in Fermo, Marche region.

People who like medieval events and festivals might find the Palio dei Somari quite interesting. The event is usually on the 19th of March with a historic parade as part of the celebration. It’s held in a medieval village – Torrita di Siena, in Tuscany near Siena City.

The largest and most important wine festival is known as VinItaly and takes place in Verona in March. People get to sample some of the best wines in Italy and local ones too made from vineyards around the locality.

Additionally, spring festivals are mostly celebrated in March in Italy. The Festa Della Primavera is held on the 21st of March in different parts of the country. The event usually has cultural events geared around performances and music. Plus, tourists are invited to taste regional foodstuffs during the festival. 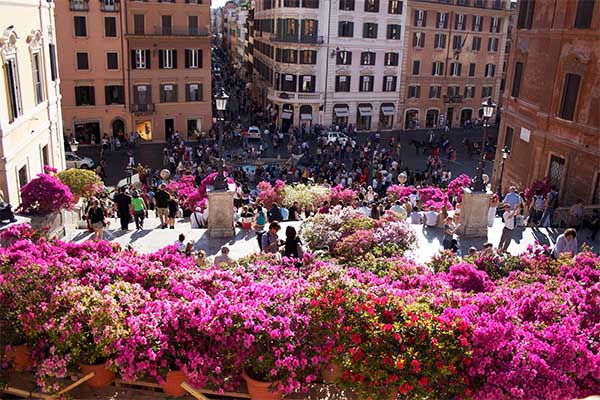 If you love snowboarding or skiing, visit the Dolomites in the Northeast or the Italian Alps in the Northwest. Val Gardena in the Dolomites is one of the best resorts for a ski holiday. The network has 12 ski areas and great slopes ideal for pros and families alike. What’s more, longer days in March allows you to spend more time on the slopes as it’s usually pleasant and sunny.